Faculty of Pediatrics and Public Health 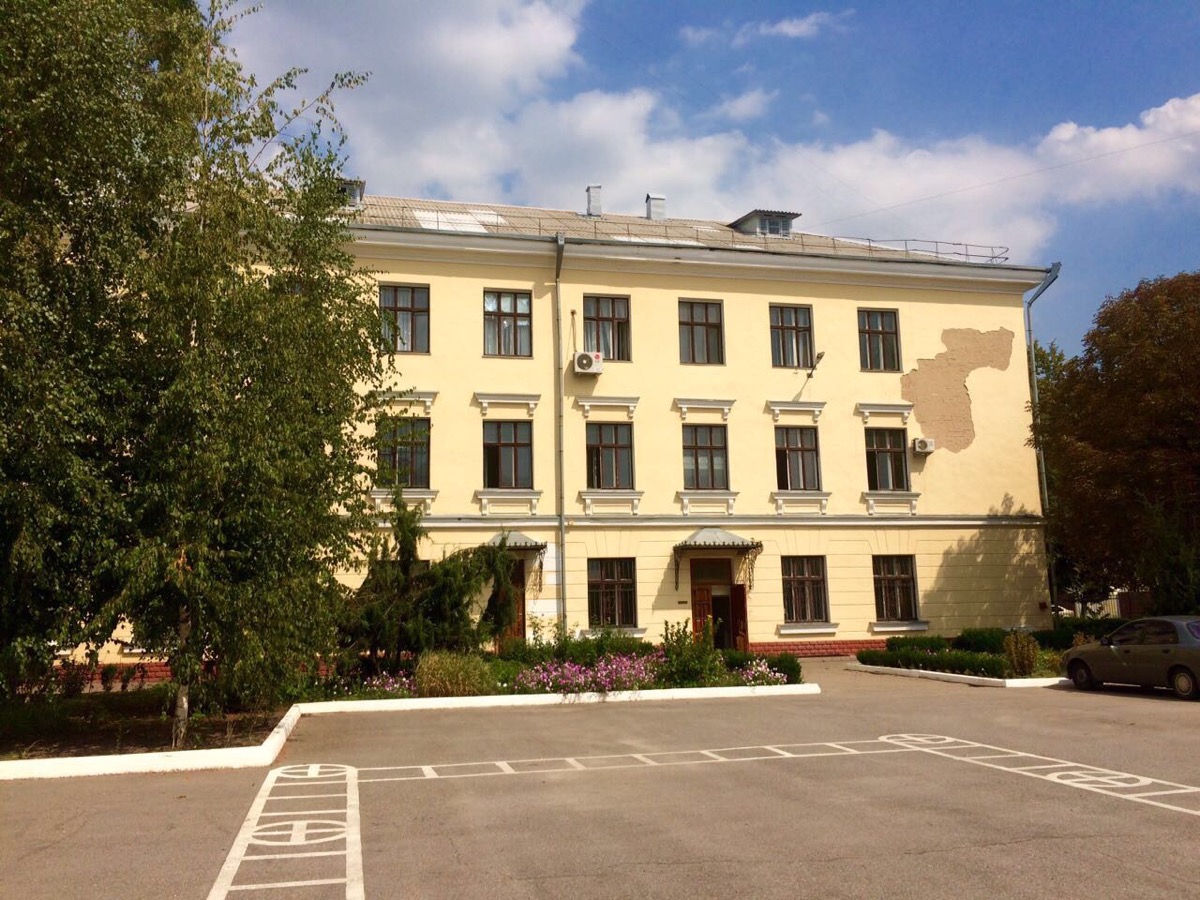 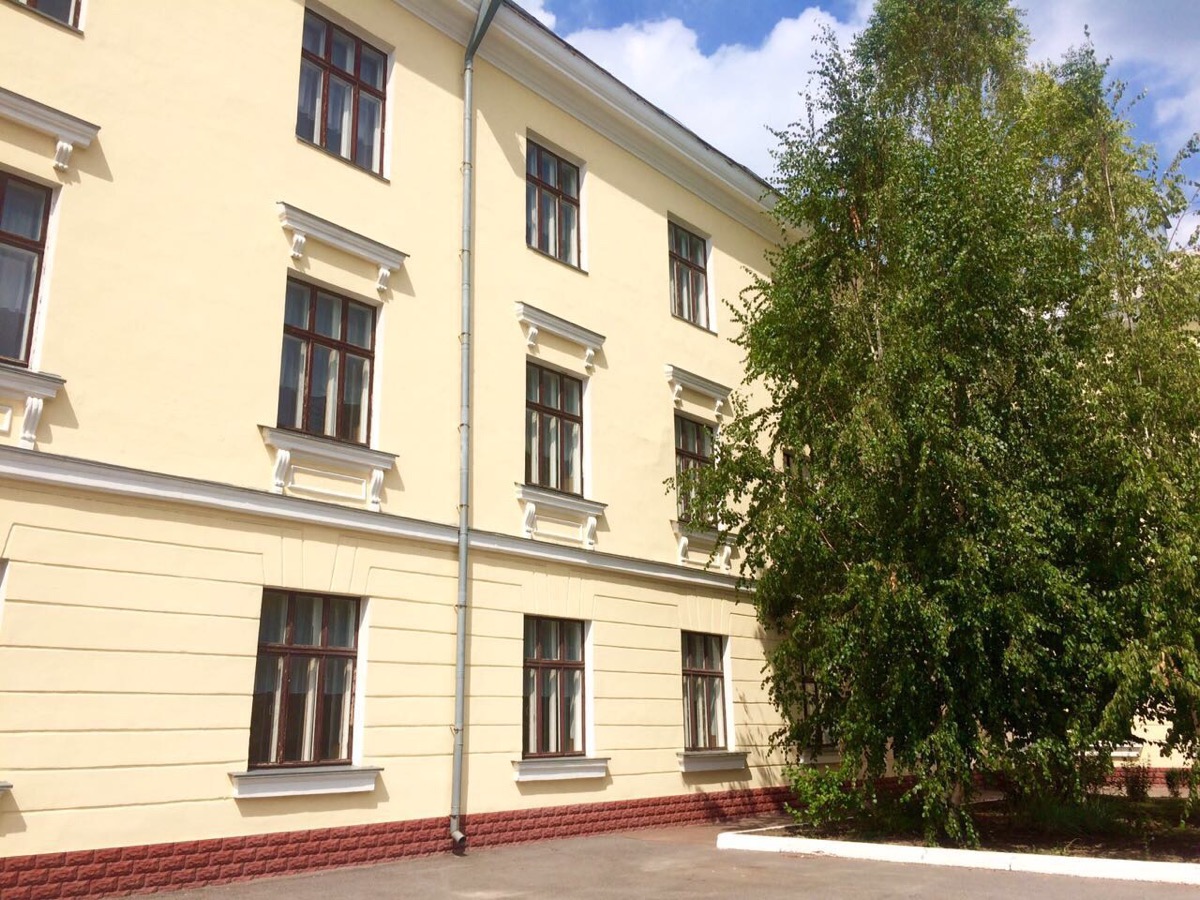 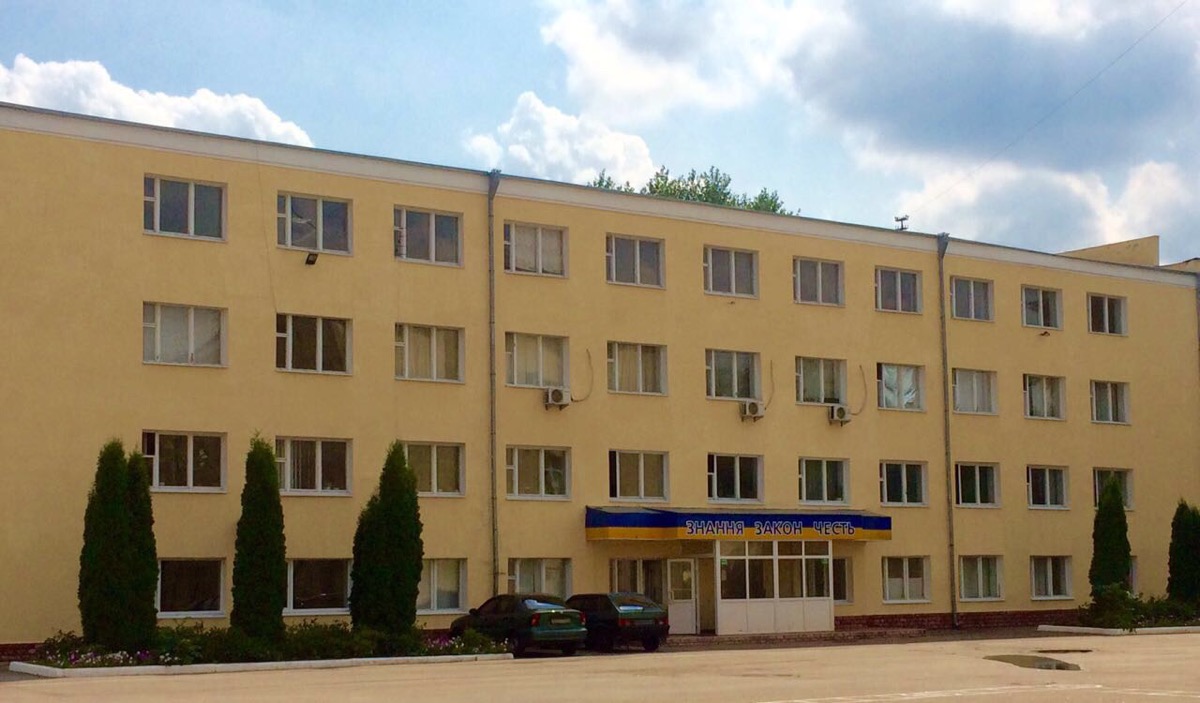 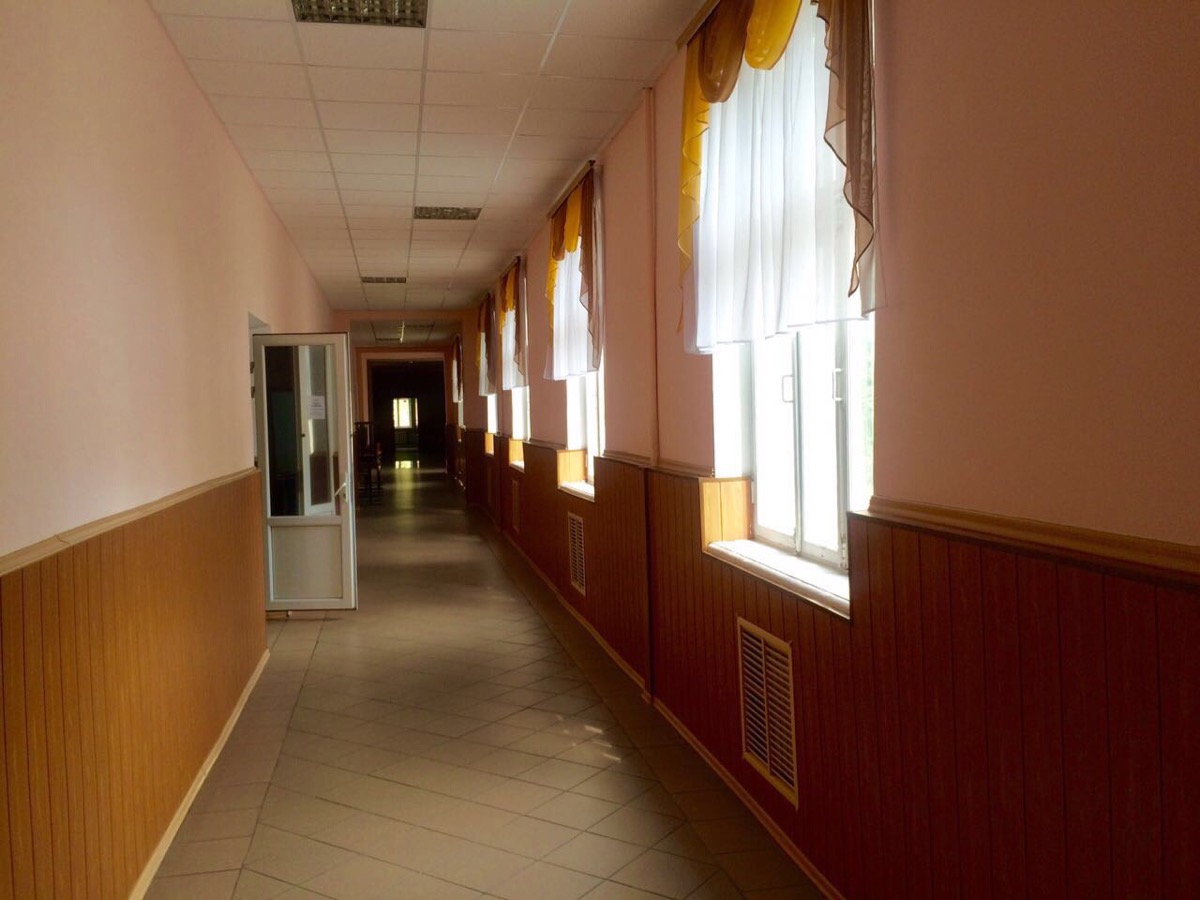 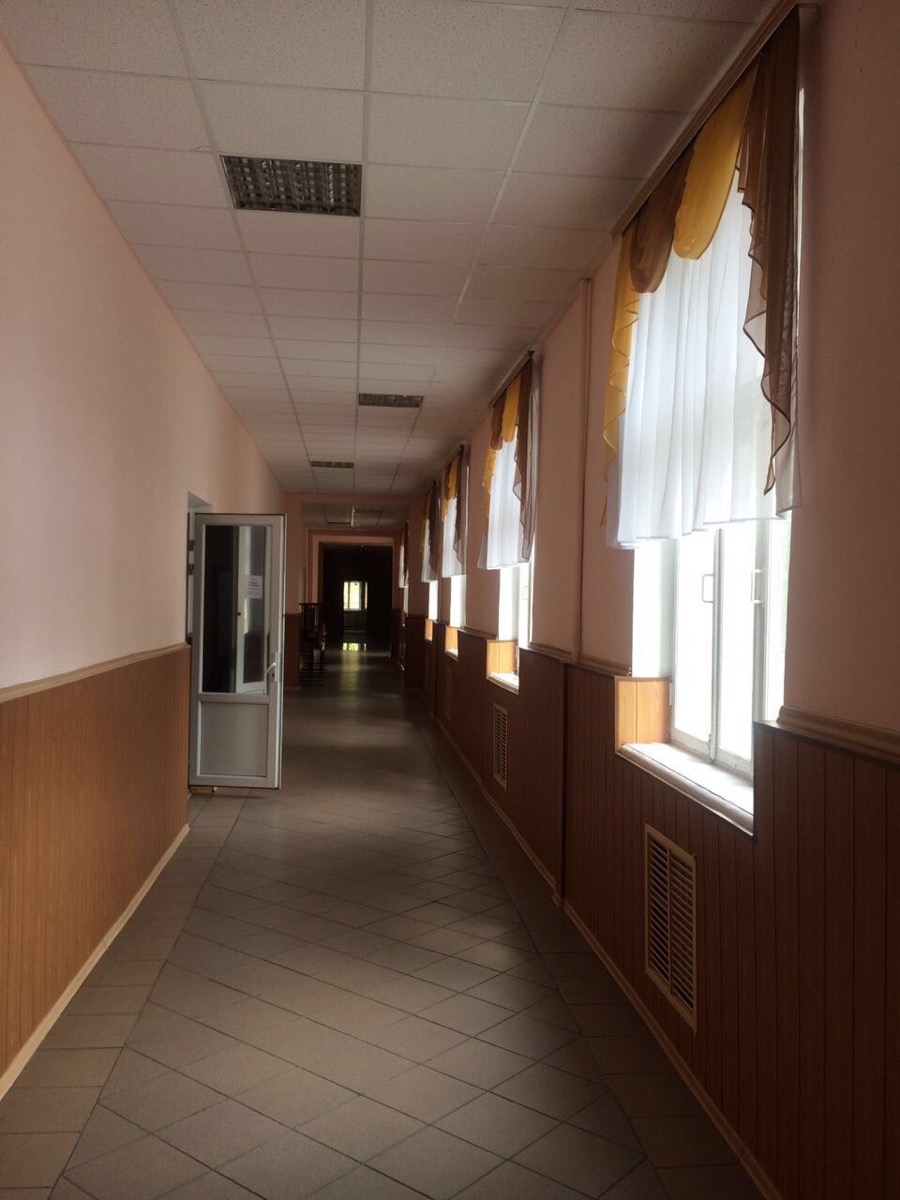 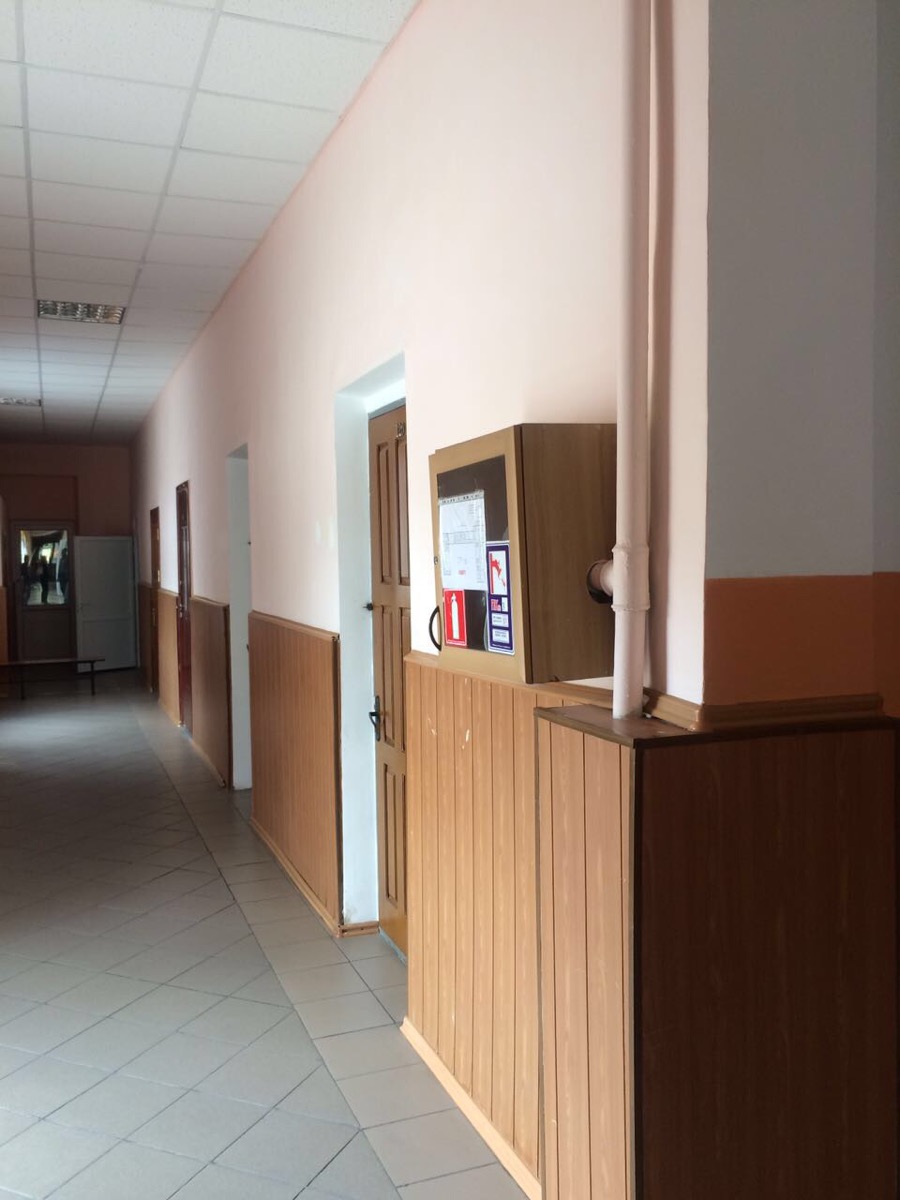 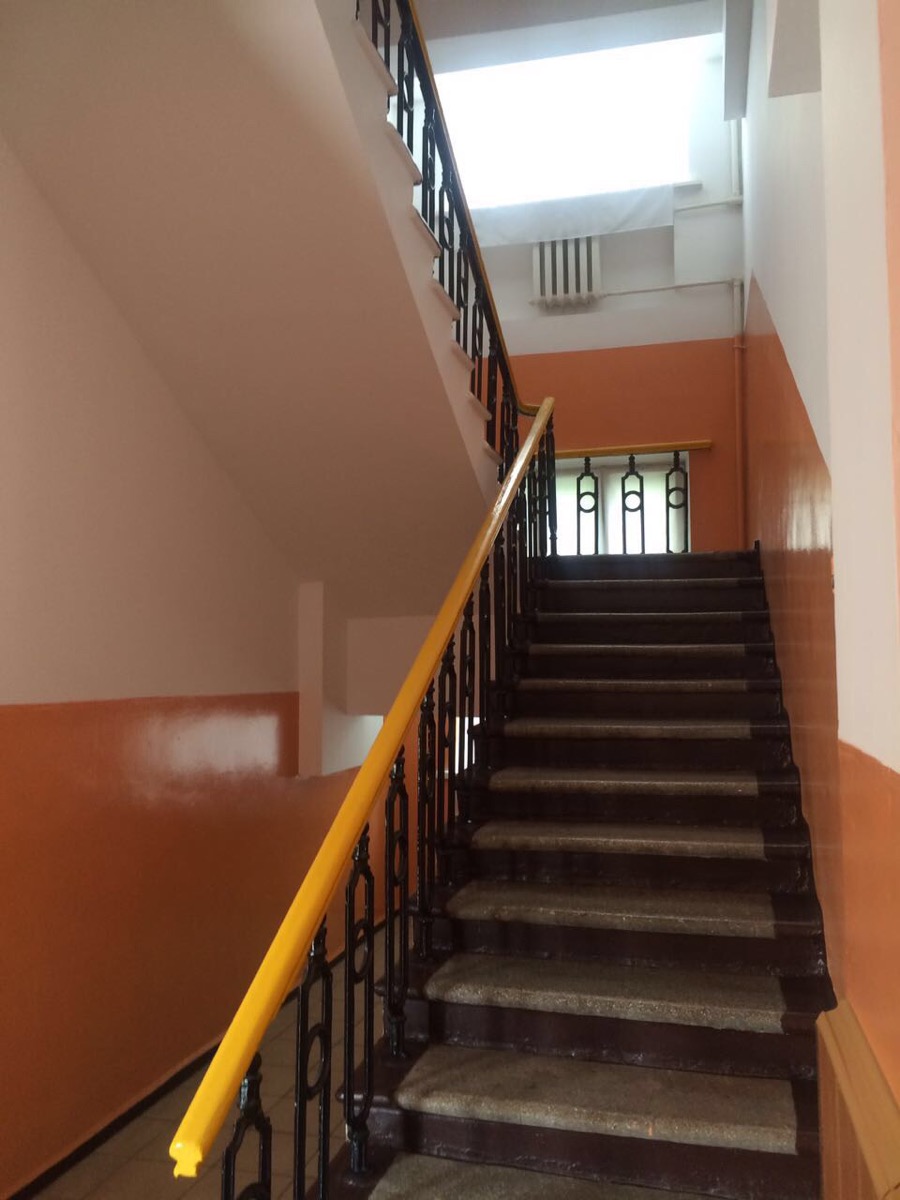 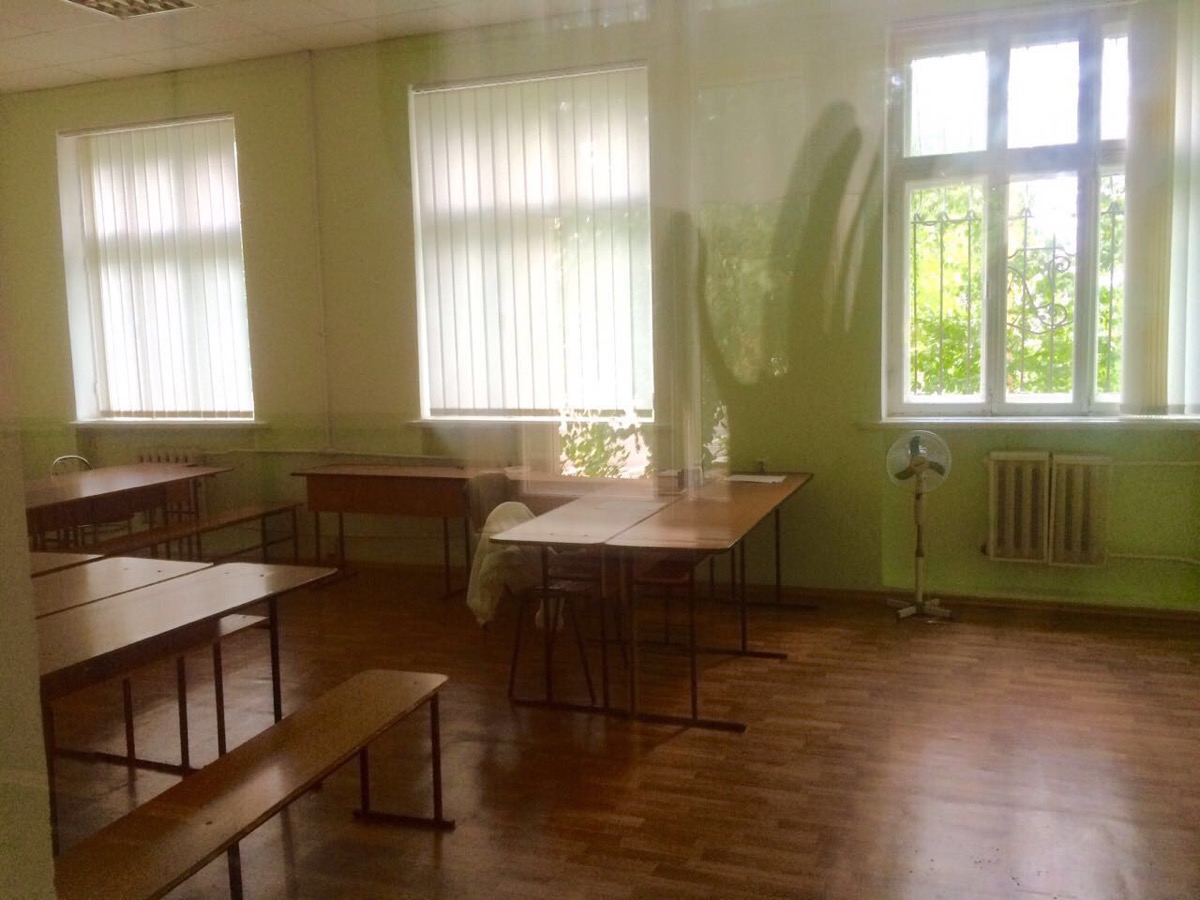 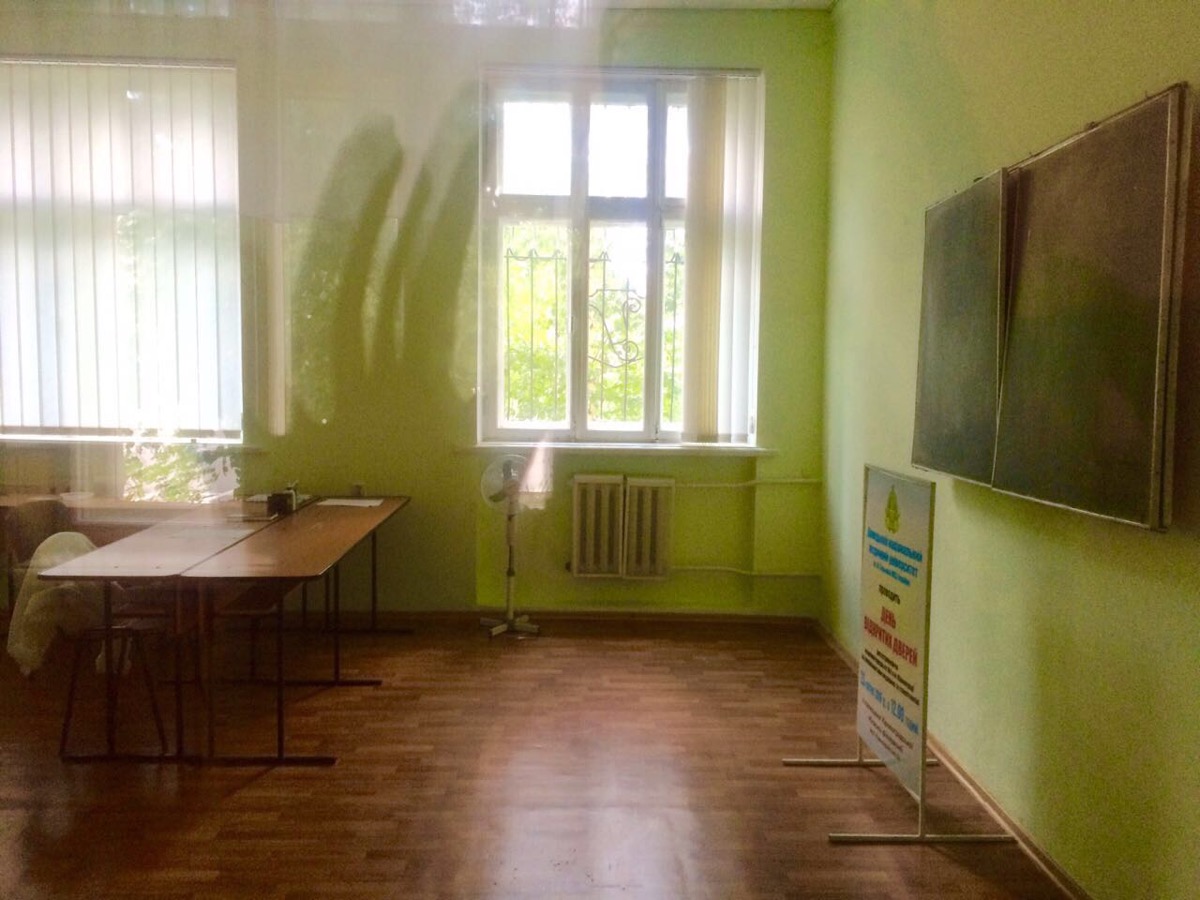 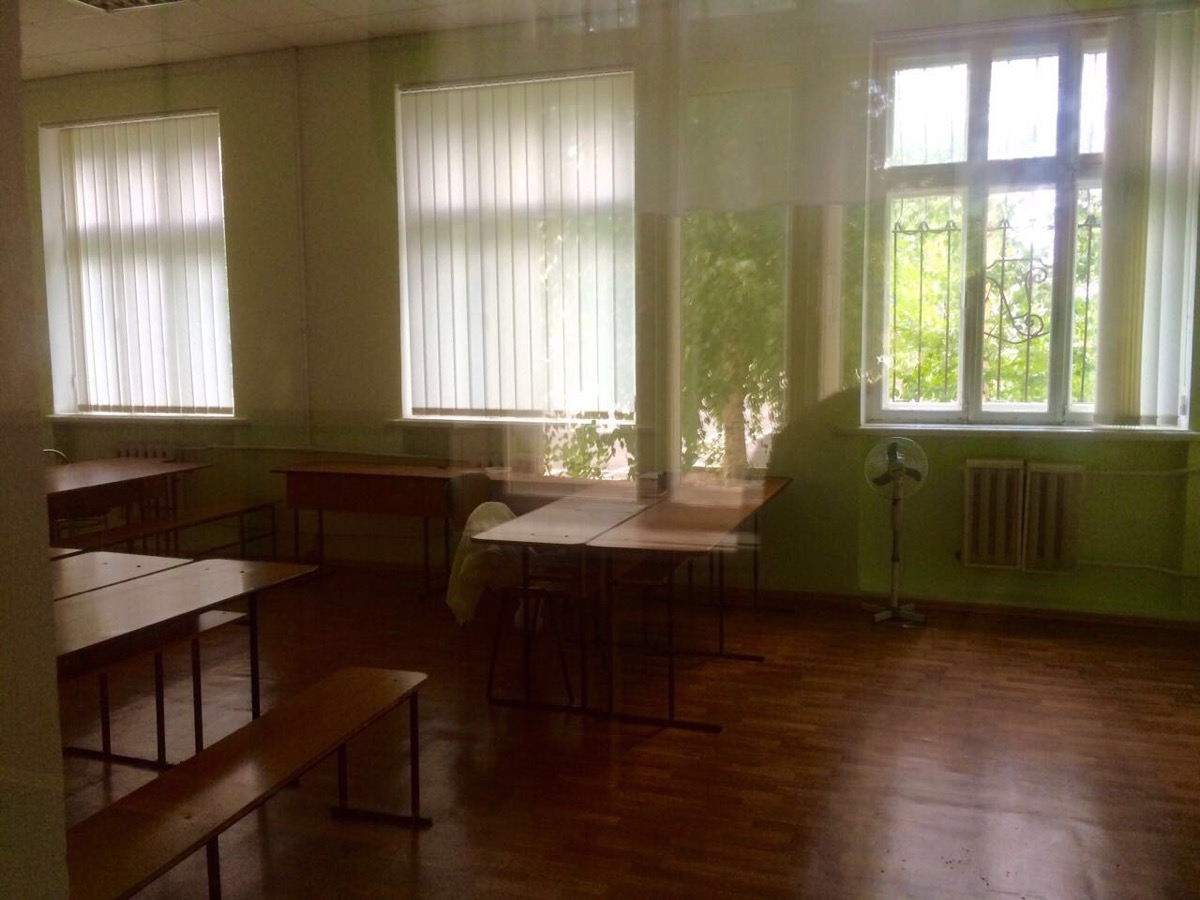 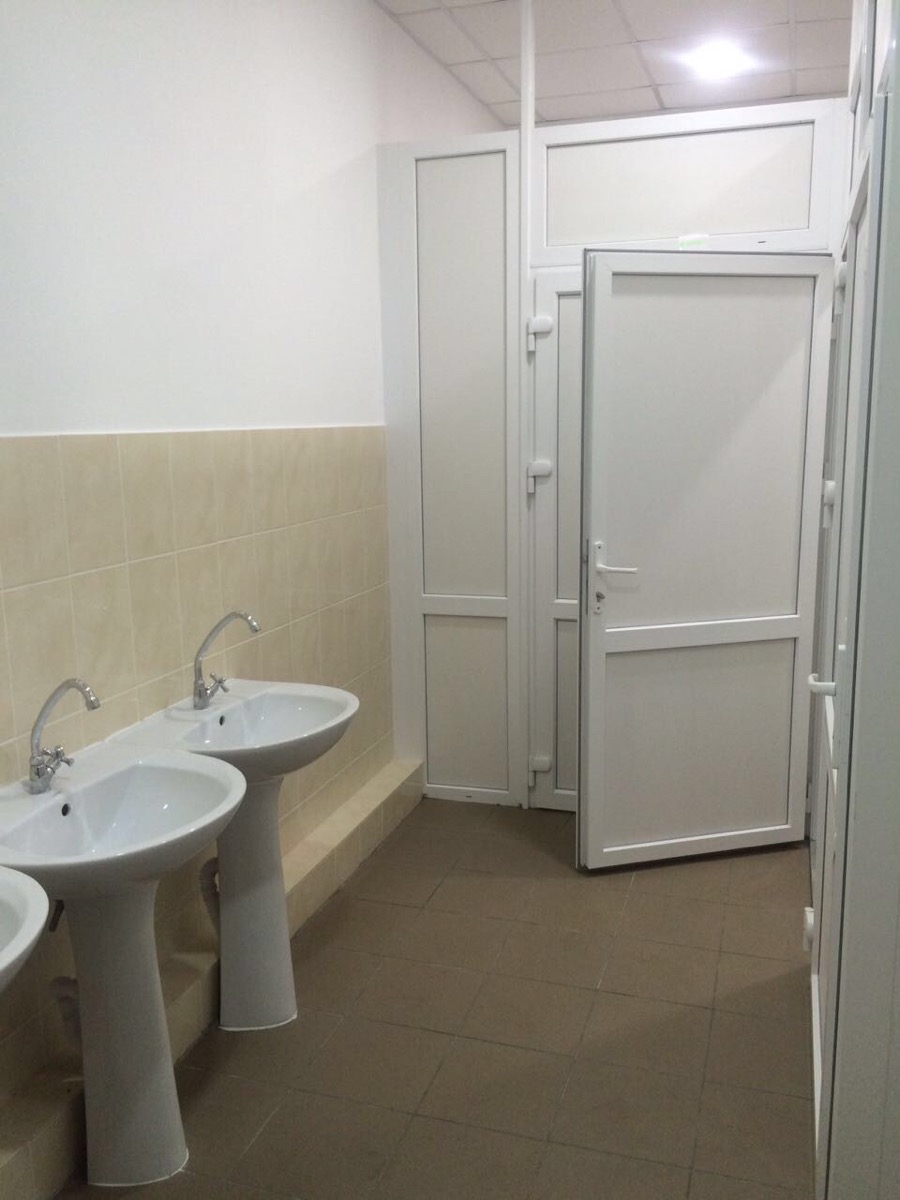 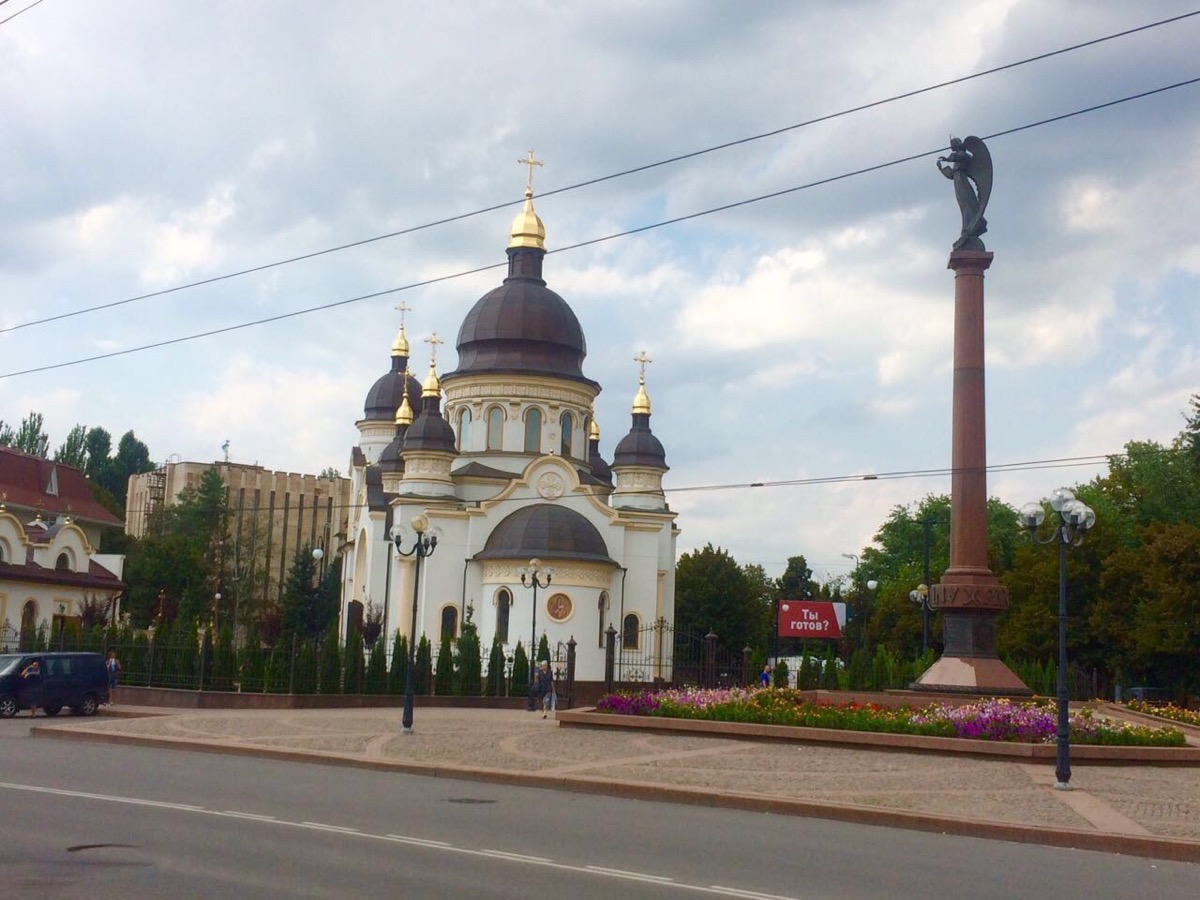 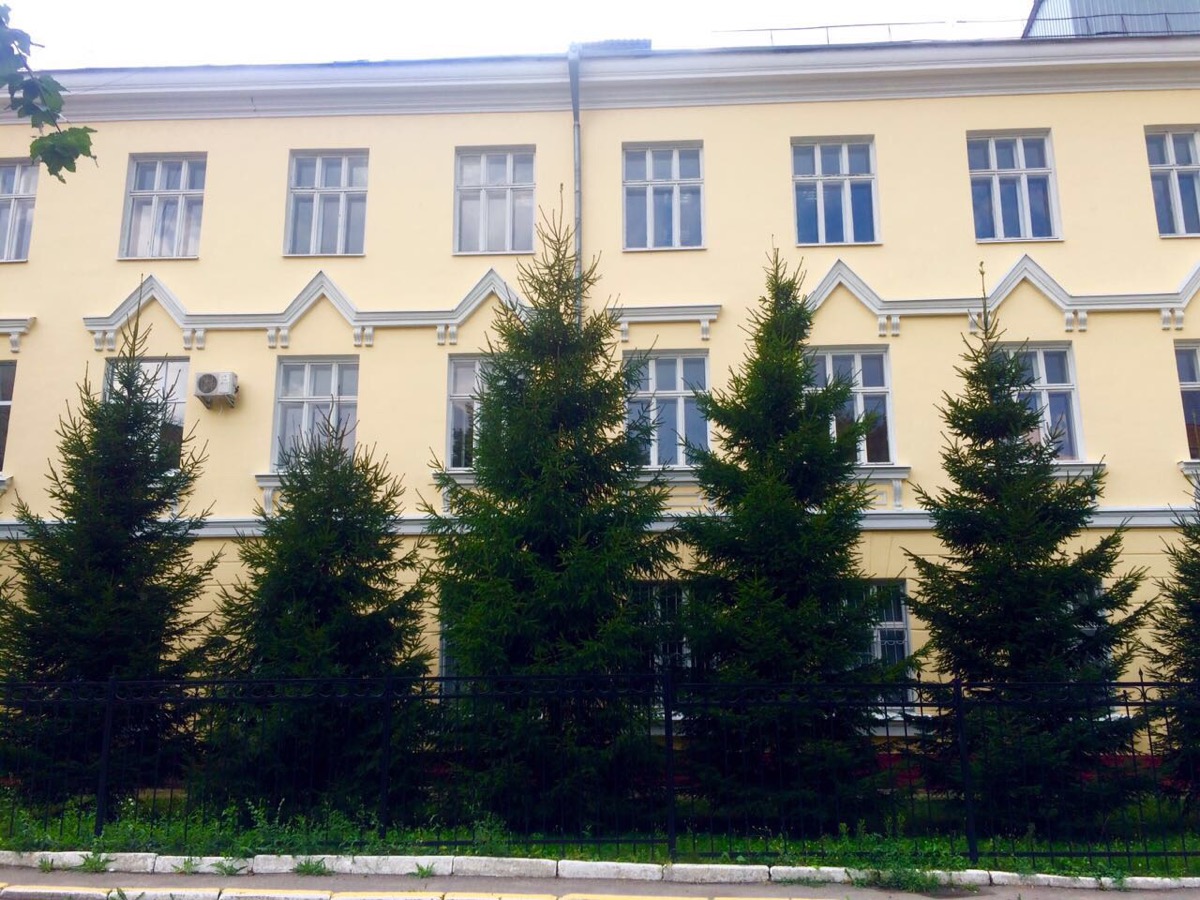 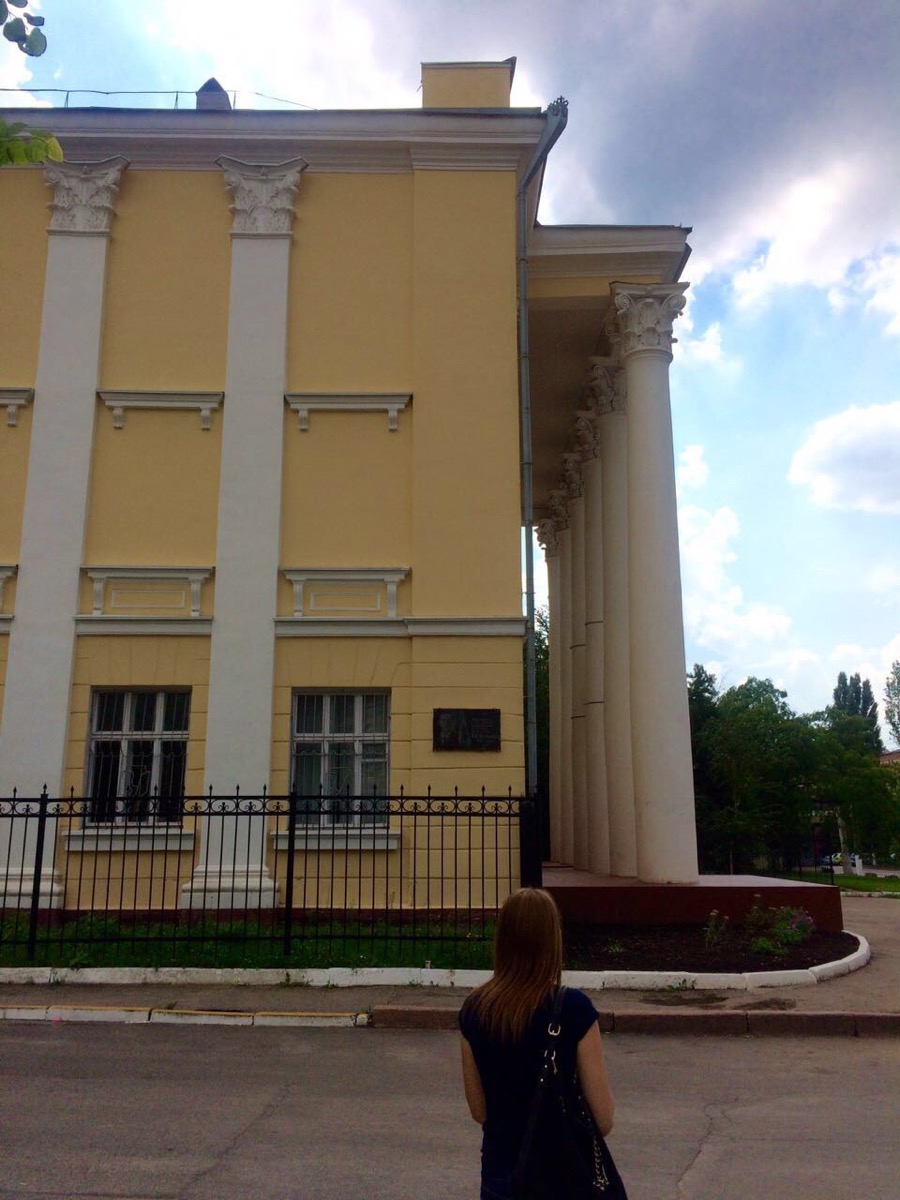 DNMU ranks 1st among Ukrainian medical universities constantly since 2001 till 2017 according to the rating of Ministry of Health and Ministry of Education of Ukraine. Read more

The only official site for Donetsk National Medical University “DNMU” is WWW.DNMU.NET. The University is not responsible for any information located on other websites.

In connection with recent events in Ukraine, Donetsk National Medical University moved to Kirovohrad. This city is close to the capital of Ukraine - Kyiv. The University has several administrative buildings and hostels. All the teaching staff has been transferred to Kirovohrad as well as all the scientific centres and hospitals where the students can work. Thus, at the moment the university works in a regular mode and provides top quality education.

Faculty of Pediatrics and Public Health

A distinctive feature of the Faculty of Medicine № 3 is that it has students in two specialties: pediatrics and health-care business. Historically, that due to changes in college admission plans, reorganization of medical education in Ukraine (a period of time was not taking the first course in the field of pediatrics and health-care business) administration was forced to merge two departments – pediatrics, medical and preventive (formerly the sanitary-hygienic). Therefore, one can rightfully say that today’s medical school number 3 is the successor of pediatric and sanitation departments.

Pediatrics, and sanitation departments were opened in Donetsk Medical Institute in 1939, as the newspaper “Socialist Donbass» (№ 52 dated March 5, 1939) reported:

“From September 1, Medical Institute of the mountains. Stalino opened two new departments: pediatrics, and sanitation. In the first year of these departments will be made for 100 people. In addition, this year will additionally open the second and third courses of these departments. Addition 2 and N rate will come solely from the existing contingent of medical-prophylactic faculty. Already, many students are first and second courses of prophylactic faculty expressed a desire to move to new departments. ”

Since that time, and marked the beginning of the history of this medical school number 3. The faculty has a number of specialized departments, whose history also goes in the relatively distant past.

Becoming a sanitary department is inextricably linked with the creation of departments of hygiene, microbiology, Pathology and Infectious Diseases.

Following the establishment in November 1930 Stalin School of Medicine, where the transition of students from course to course, were created and the Department of Hygiene profile.

One of the first was established in October 1932 Department of Health. Its organizer and first head was Professor LI Mayzels, who came from Kiev. Department located in the first room of the 2nd Soviet hospital. Equipment was missing. Was collecting whatever equipment is to be had to start training. Soon, however, by a decision of the People’s Commissariat of USSR, was transferred here all the equipment the department of hygiene of the Kiev Institute of Pharmacy, which previously was in charge of Professor LI Mayzels. This immediately made it possible to put a good educational process and scientific research.

In 1938, the department of general hygiene was well-appointed building of 10 rooms in the morphological case and the possibility to further expand its activities. Once organized student laboratory, where each table were summed up gas, electricity, running water. The department at this time, a new apparatus for studying gas exchange and determine the climate, we investigate the chemical composition of the fruits of Donbass, we study the sanitary-hygienic characteristics of water Stalino.

In April 1932 opened the Department of Microbiology. People’s Commissariat of Ukraine recommended to head a talented young microbiologist, a student of VM Aristovskaya – Professors NN Annunciation. In 1938 Professor N. Annunciation was repressed (posthumously rehabilitated in 1953) and from 1938 to 1939 the department is temporarily in charge of ID Druzhinin.

Following the establishment in November 1930 Stalin School of Medicine, where the transition of students from course to course, were

The last of the theoretical departments in 1934, the department of social hygiene. It was organized by the Associate EN Belitskaya, later professor of the Leningrad organization of health hygiene medical school. Teaching of social hygiene was carried out on the basis of the Institute for Hygiene and Pathology of labor.

One of the clinical departments of the institute, then base on the sanitary-hygienic faculty, Department of Infectious Diseases was established in January 1935. Its organizer and first director was arriving from Moscow, a prominent Soviet professor of infectious diseases, ID, son of Jonas.

His biography of the sanitary-hygienic ¬ but the Department began on September 1, 1939. On the first course was made one hundred students. At the same time created the 2nd and 3rd courses. They were formed due to the transition of students with appropriate courses of medical faculty. Among the students of those years, most went to college with the production, after the workers’ faculties and colleges. Characteristic of them were huge thrust to employment, integrity, curiosity. These features, many years later, noted with satisfaction the writer VS Grossman (who worked at the university in the 30s).

In the postwar years, the work of sanitary-hygienic faculty was restored immediately.

The work of the Department of Health since the late 1943 organized an assistant Ya Krivusha. In January 1944, returned from evacuation Professor LI Mayzels. Professor LI Mayzels studied the effects of the Nazi occupation of the physical development of children in Donetsk region. These papers were presented at the All-Union and republican conferences.

Department of Microbiology restored since 1944 by Prof. NL Krichevsky and assistant ID Militia. Difficult conditions of post-war years did not prevent the department expand, except teaching, scientific research and to provide all possible assistance to practical public health authorities. Studies conducted in the area of the antibiotics, volatile production, bacteriophages, tifoparatifoznyh microbes. For many years this department was in charge of the rector of Donetsk Medical Institute d.med.n., prof. GP Kondratenko.

Department of Infectious Diseases launched just two days after the release Stalino, as inherited from the fascist invaders got serious epidemic situation, the high incidence of infectious diseases. The clinic was intended not only to establish an urgent session with the students, but also to become a scientific and methodical center of the fight against infectious diseases.

Quite logical was the fact that for the training of sanitary inspectors from September 1, 1953, in Stalin medical school re-opened sanitary-hygienic faculty. Dean of the faculty was appointed Associate Professor of Biology and Medical Parasitology AA Slyusarev.Opening of the faculty nominated to institute new and complex requirements. First of all, should have more attention paid to expanding and strengthening the theoretical and clinical databases, the load on that due to the increasing sets of students has increased dramatically. It was also necessary to work more vigorously to increase and strengthen the scientific and pedagogical personnel. This work became the focus of the institute, headed by a senior lecturer in 1951, AM Ganichkina, who replaced as director of the Institute of Professor L. Kuzmenko, appointed rector of the Lviv Medical Institute.

In the 1956-1957 academic year, in connection with the transition of students sanitation department at the 4-year course organized by specialized departments – municipal hygiene and food hygiene. In February 1958 the department of epidemiology and occupational health department, and in September 1958 was organized by the Department of Hygiene of children and adolescents.

In 1972 he was commissioned in the third academic building, the so-called New San gig. building, which housed all the hygiene department.

DNMU has a good base for the training of highly qualified professionals. Pediatric Department of the Faculty of Medicine № 3 located at the bases of the leading pediatric hospitals – Donetsk Oblast Children’s Hospital, a series of children’s hospitals in the city of Donetsk and Makeevka, children’s infectious disease section of Donetsk City Hospital № 1, and others. It should express a special word of gratitude to the main hospital doctors, where the clinical base for the assistance they provide to departments and employees of the clinical departments, in turn, are a great diagnostic and therapeutic work.

Departments are located in the profile of hygiene educational building № 3, and have well equipped laboratories for the organization of educational process on the basis of the Donetsk Regional Hospital occupational diseases, in addition, working closely with the Donetsk oblast and city SES, SES district, which allows experts to prepare up to date .

“Let us not forget that medicine can do more good to mankind warning than the treatment of infectious diseases, and that the future and the highest ideal is to health of the people.”

In all departments of the faculty are active student scientific circles, which many students are engaged. Many of them are winners, and at the interuniversity intrahigh conferences, in particular – Jaroslav Zhebelenko, Andrew raids, Alex Shkirenko, Catherine Lepshina, Lily Tkachev, Inna Gladysz, Anton Orlov and others work in CHO – this is the first step in big science and one of the reliable ways to become a professional.

One of the leading factors in the organization of the faculty of the educational process, scientific, and medical-diagnostic work has always been a dean and faculty of the Council. Without exaggeration we can say that certain traditions in the formation of the Faculty of huge positive role Played Professor Yuri Talakin and Associate Professor Vladimir Shterlyaev (former Dean of the Faculty of hygiene), Associate Professor Vladimir Gazhiev Professor Z. Valentin Moskalenko, Vasiliy N. Grona and Oleg Sinyachenko (former Dean, Faculty of Pediatrics). At the time, the leadership of faculty work has been done, aimed at improving the quality of education in accordance with the pedagogy of higher medical education – the use of system problems, algorithms, training programs, manuals, business games, software controls the basic level of knowledge-based learning objectives, the use of of TCO, the transition to the problematic nature of learning. All this is a solid base for the introduction of today’s educational process of the Bologna Declaration. With the current school year, students are first-year medical school № 3, as well as other medical schools, learning is a new program in accordance with this declaration.

Departments are the organizers and participants of many scientific and medical congresses, conferences, both in our university as well as in Ukraine and abroad.

Dean’s Council and the Department is constantly paying due attention to the work of the departments, but in addition to the duties of the dean, his deputies and assistants as part of the organization of educational work in the department.
Students of the Faculty of Medicine № 3 take an active part in the life of the university.The faculty taught more than 40 student-athletes, among them the Master of Sports, members of the teams not only our university, but also the region and Ukraine, winner of many competitions of high rank: Sergey Averin, Dmitri and Pavel Kirpulyanskie, Andrew Mashtalir, Tatiana Shpak, Andrew Pasichny Marina Vinogradova, Tatiana Georgieva, Anna Brazhko, Dmitry Protsenko, Maxim Danilov, and many others. They skillfully combine great sports activities and a good education.

Students of our faculty are active participants in amateur – play in the orchestra of folk instruments, dance, sing, play in the WHC. Of particular note is Catherine Zhuravlev, Yury Trofimov, Storonovu Anna, Anna, Paul, Anatolia Shibaev, Elizabeth Chulyukovu.Evenings, which are held by students, staff and graduates, are very popular, and the university faculty of arts festival always maintains a leading position.

The faculty is proud of its students – honors, scholarships nominal: Ekaterina Zhuravleva, Olga Sychev, Anna Kolomiets, Lily Tkachev, Svetlana Isayeva, Xenia Kuprovskoy etc. Students Faculty of Medicine № 3 for 10 years, along with students from other faculties of our university, the state graduation examination of the results of state testing, “Croc 2″are the best in Ukraine.

During his more than 65 years on the pediatric and preventive health departments, nowin medical school № 3, prepared by the army of many thousands of practitioners -pediatricians and hygienists, who for years stood guard the health of our people.